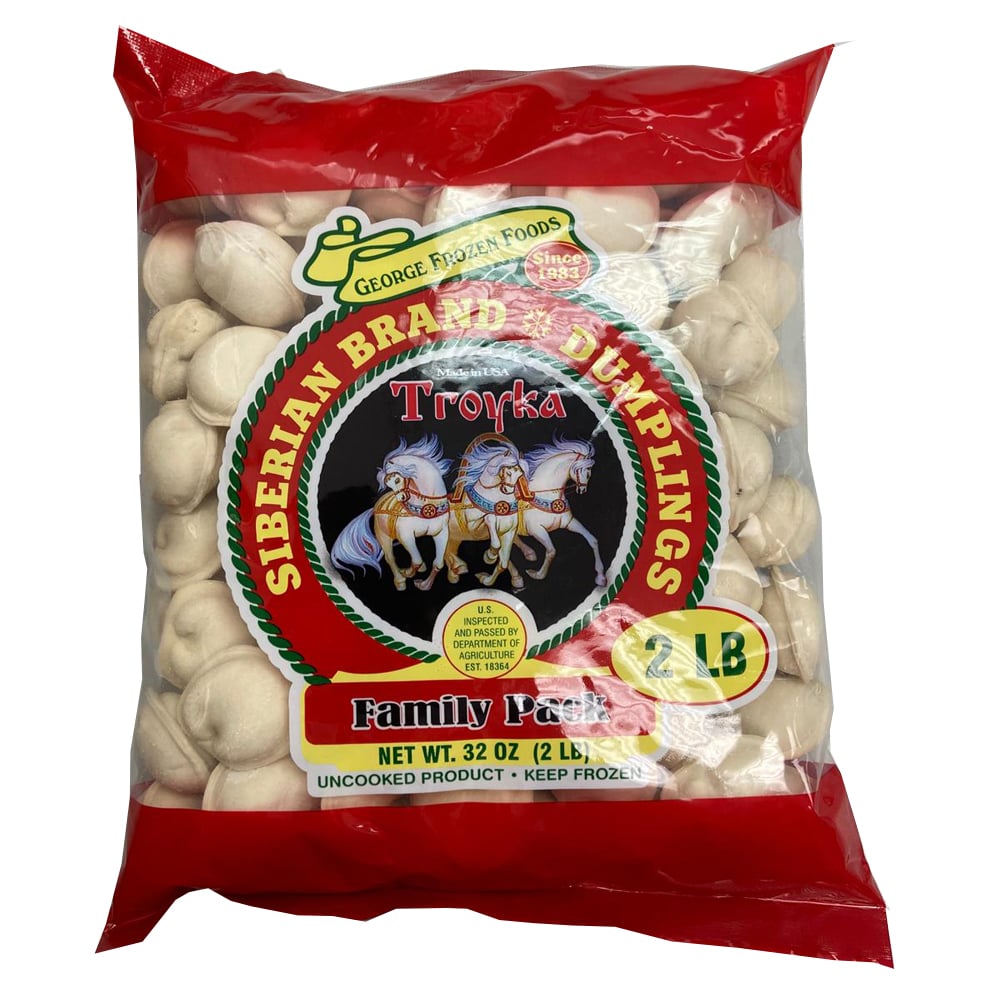 Ask a question about this product
Our price
$16.09 USD

Pelmeni are dumplings of Russian cuisine that consist of a filling wrapped in thin, unleavened dough.
The debate about the exact place of origin is still active, with Ural and Siberia both maintaining strong claims.

Pelmeni have been described as "the heart of Russian cuisine."

The dough is made from flour and water, sometimes adding a small portion of eggs.
The filling can be minced meat (pork, lamb, beef, fish or any other kind of meat, venison being particularly traditional for colder regions) or mushrooms.
The mixing together of different kinds of meat is also popular.
The traditional Udmurt recipe requires a mixture of 45% beef, 35% mutton, and 20% pork.

Various spices, such as black pepper and diced onions as well as garlic, are mixed into the filling.
They are commonly topped with sour cream, mayonnaise, dill, red onions or vinegar, all of which are traditional to the region and can be produced in the Siberian climate. Very nice, the dough a little thick, but works great with the filling