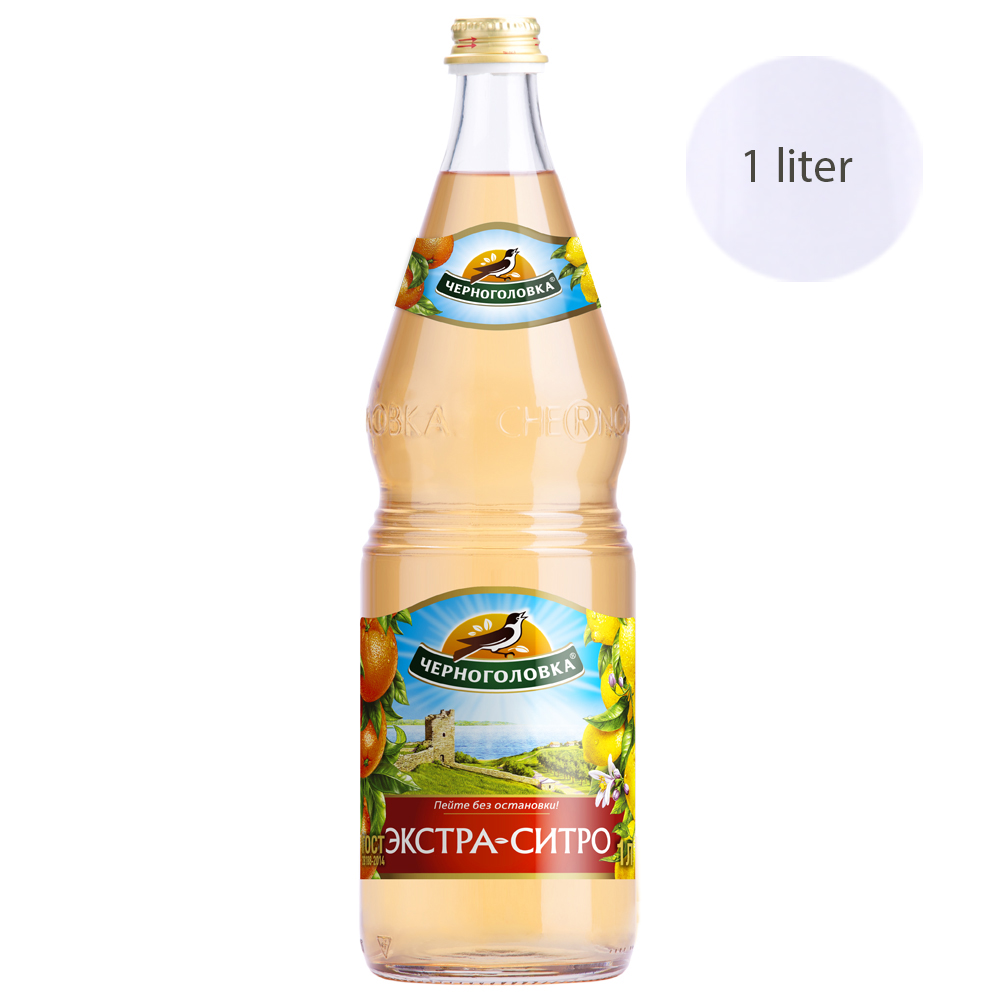 Ask a question about this product
Our price
$3.49 USD

There is no point in explaining what is «Sitro soda». This magnificent drink was elaborated in Soviet Union by choosing the combination of citric acid, sugar, flavorings and syrups of various citrus fruits. As a result it became one of the most beloved beverages among the soviet people. It was so popular at that time that even classics of the soviet literature include in their works allusions on Sitro!
Today there is evident comeback of the majority of the specific soviet beverages.
We would like to introduce you exceptionally tasty «Sitro-soda» from Chernogolovka. The unique combination of succulent ripe oranges and refreshing lemons odorizes this beverage with feeling of permanent fiesta! Made according to the traditional recipes Chernogolovka's «Sitro-soda» has preserved its original taste.
«Sitro soda» is especially tasty and odorous, invigorating and refreshing! And this is not surprising that it has preserved its popularity by now! For sure nothing on Earth can be better for quenching thirst in the intolerable heat of summertime!
Please your family and friends with genuine taste of the nostalgic «Sitro-soda»!