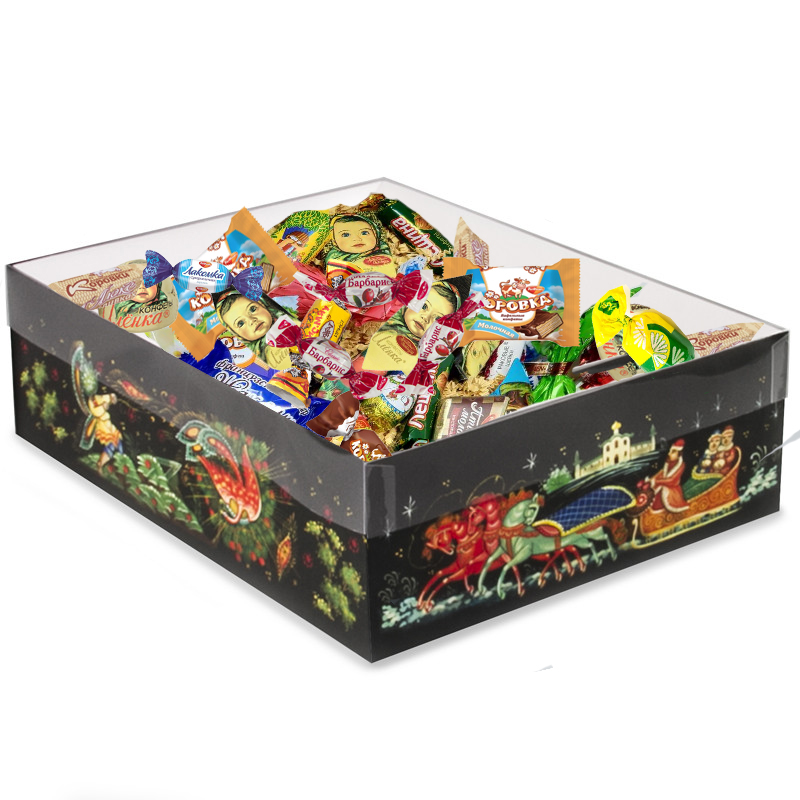 Brand: RussianShoppe
$32.19
Ask a question about this product
Our price
$32.19 USD
Qty
Notify me when this item is nearly out of stock

Close your eyes, open the sweet box: the smell of candy begins a real euphoria.

We offer you a wonderful chocolate-caramel set of candy of famous confectionery factories:
Set of only the most delicious candies: composition may differ from photos.

But where came from the tradition to give chocolates and caramel, packed in different bright boxes, barrels, chests and toys?
The ancient Slavs were pagans, and to appease their many gods they placed sweet products on the table of the church.
Special attention was paid to desserts: on the table fragrant smelled of pies with berry and fruit fillings.
Sweets were considered a delicacy, so treated children, relatives and friends only for the holidays.

The traditions of the Christian era were not much different from pagan celebrations.
Holidays became significantly less, and sweets became more diverse.
But only in rich houses it was possible to try exquisite chocolate, cocoa and the first candies in various forms.
Usually sweets were brought by eastern merchants.
Various goodies parents hid from children to encourage for good behavior, help with au pairs and marks in the educational institution.
Write a Review
SKU: 200049