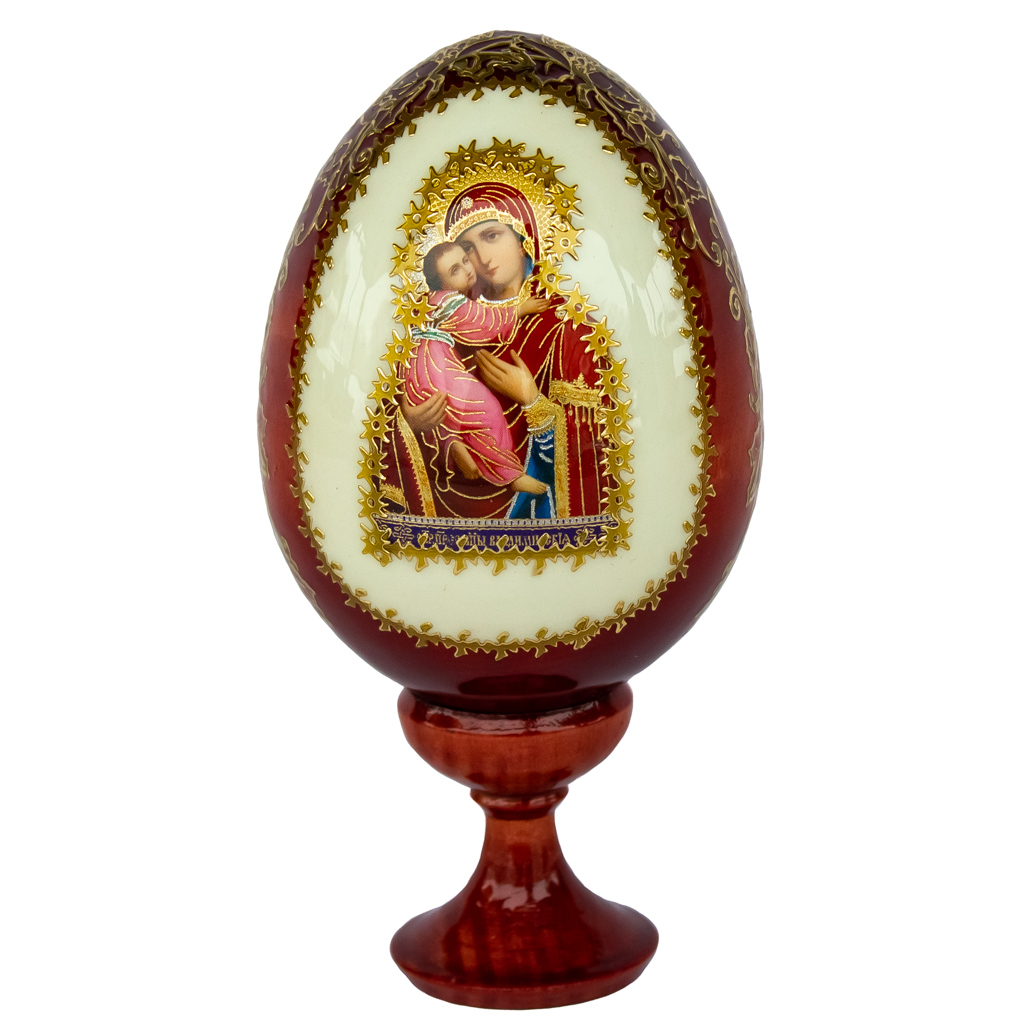 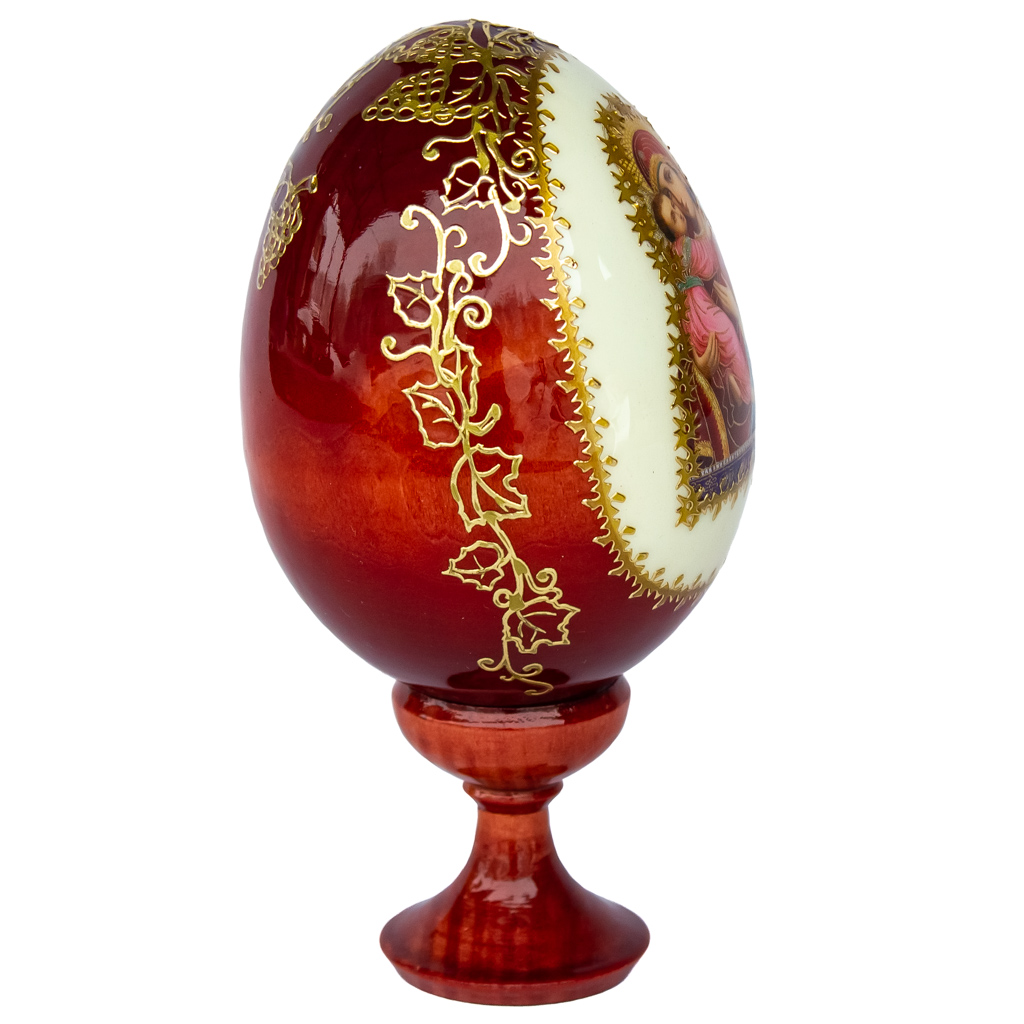 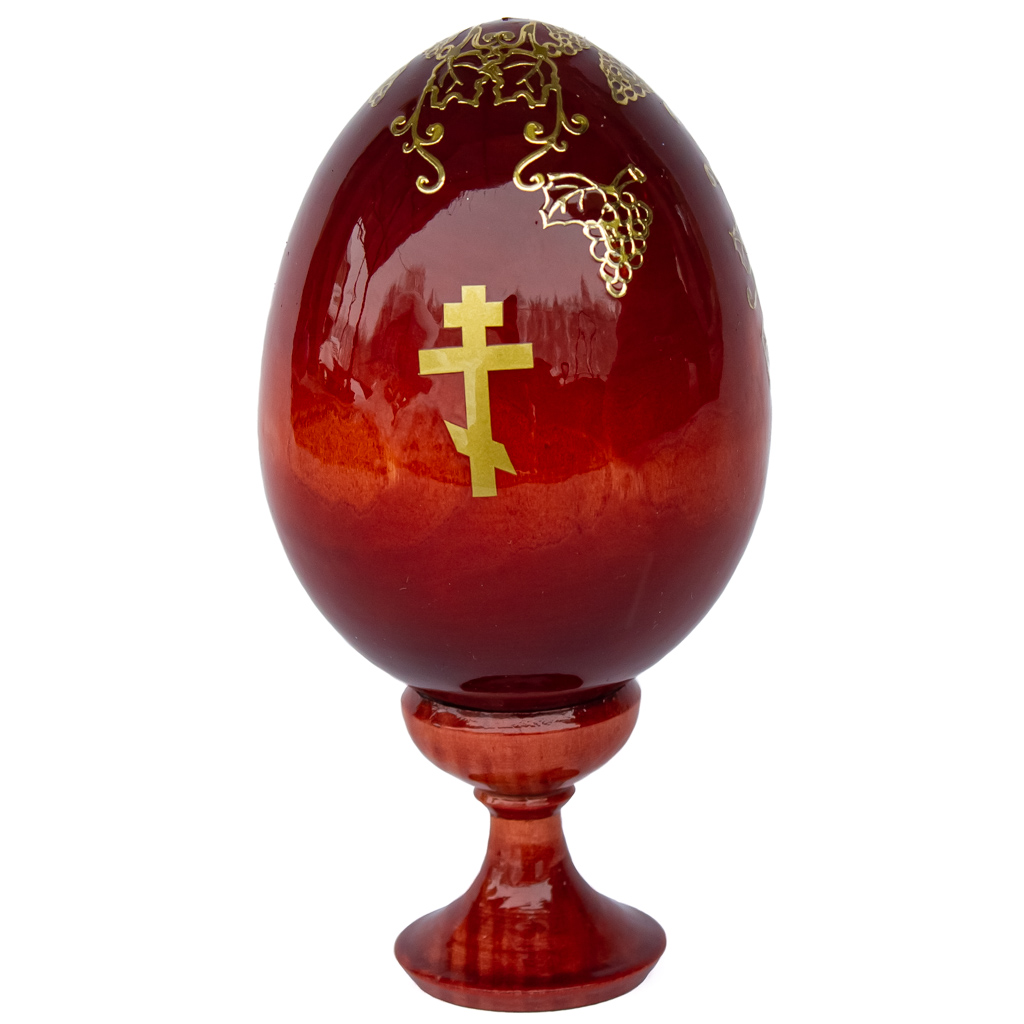 $9.99
Ask a question about this product
Our price
$9.99 USD
Qty
Notify me when this item is nearly out of stock

Egg wooden with the Icon on a steady support. Natural wood is tinted and varnished, the texture of the wood is visible. The icon is framed with a golden ornament, which gives an elegant and solemn look to the souvenir and corresponds to the sril of the Russian Orthodox Church.

The Vladimir Icon of the Mother of God the earliest known surviving and one of the most revered miraculous icons of the Russian Orthodox Church.

The image of the Vladimir icon refers to the art of icon painting of the 11th-12th centuries. This type of icon is called "Tenderness". The mother gently embraces the divine son, as if asking him for indulgence for humanity. Tenderness, compassion and sorrow are read in her eyes: she foresees what is destined for her child. It is believed that it symbolizes the human soul, striving for God.

The feast of the Vladimir Icon of the Mother of God is celebrated as many as three times, in honor of significant historical events with her participation.