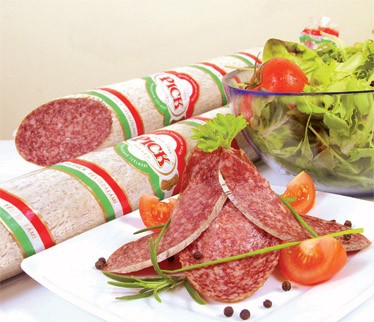 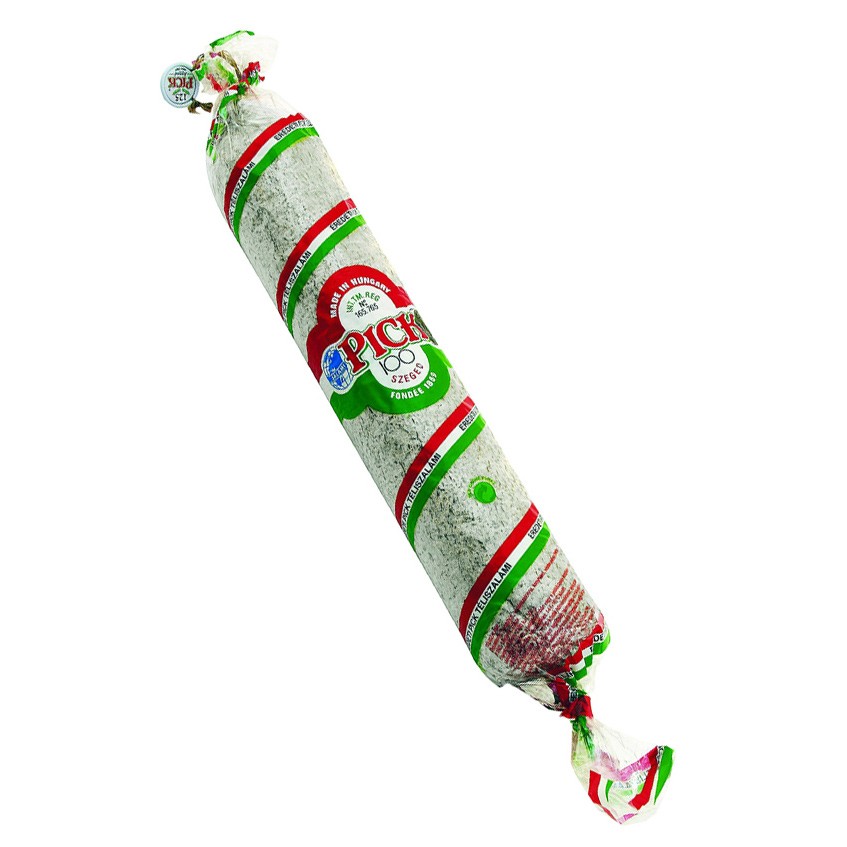 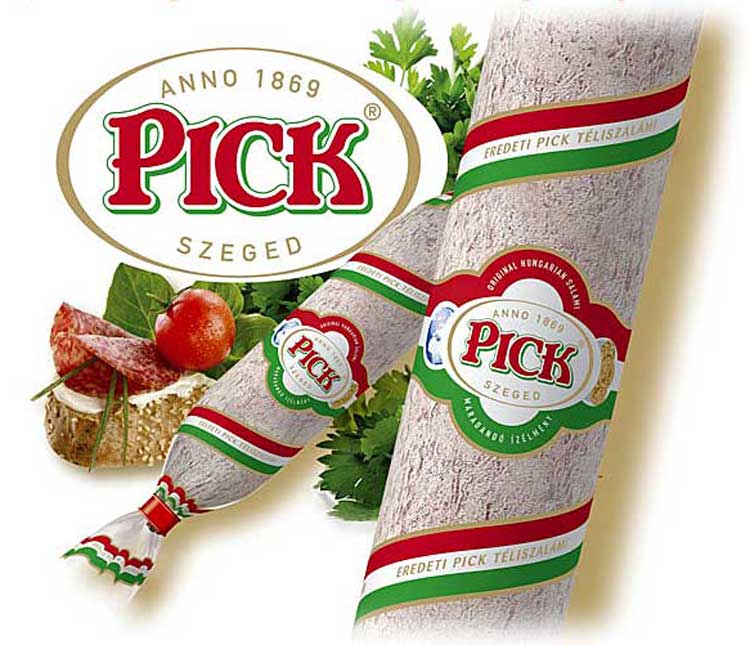 According to the original recipe, winter salami was made of donkey meat. After a while, however, there were not enough donkeys left to slaughter in Hungary. Because of this a new solution had to be found and donkey meat was replaced with elder sow meat, which has a similar taste. One of the main characteristics of Pick Salami is that a coat of mould appears during drying and maturation. Mould fungi need a chilly temperature and a suitable humidity to settle down. Therefore, the factories were established at riversides, such as the original Pick Salami factory at the Tisza river. First-class work is not possible without technological modernization. With the introduction of cooling technology at the end of the 1950s, a long shelf life could be guaranteed. After this the winter salami preserved its seasonal character only in name. The local features give significant qualities, harmonic smells and unique taste to the Pick salami. Nowadays the winter salami of Szeged has become known world-wide. It is due to original basic material, traditional technology, weather condition, presence of mould fungi and preserved knowledge. The Story of Pick Salami Mark Pick founded his factory in 1869 in Szeged, which he developed and enlarged. He began to produce salami in a larger amount, with workers coming from Italy in 1883. He began salami making on a large-scale in 1885. After the death of the founder (1892) his widow and her brother led the factory. They transferred the salami factory to Felsõ Tisza-part. The always-cool Tisza-air assured favorable climatic circumstances for the maturing process.