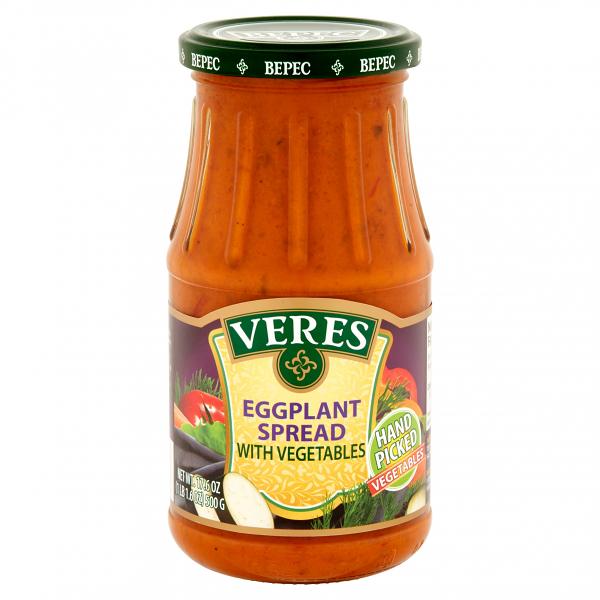 1 reviews
$4.99
Ask a question about this product
Our price
$4.99 USD
Qty
Notify me when this item is nearly out of stock

Eggplant caviar — vegetable caviar prepared from eggplants.
It is considered not only delicious, but also useful, because eggplants are good for health — in particular, eating eggplants helps reduce cholesterol in the blood, liver, and kidneys.
In addition, eggplant caviar is rich in vitamins and trace elements.
The book "500 amazing facts about Russia" claims that eggplant caviar appeared in Russia in the XVII century and that it was imported from Iran.
In the early 1970s in the USSR, canned eggplant caviar in cans usually stood in large quantities on store shelves, and it was very sluggish sold out. This fact (that this caviar is not needed by anyone and/or is available in large quantities) was played out in the film by Leonid Gaidai "Ivan Vasilyevich changes his profession" in a joke about "overseas eggplant caviar". After the release of the film, eggplant caviar became fashionable to serve on the table.
Customer Reviews
Sort by
1 reviews
5 out of 5 Stars
100% of respondents would recommend this to a friend
Ratings Distribution
5 stars 1
4 stars 0
3 stars 0
2 stars 0
1 stars 0
Sima