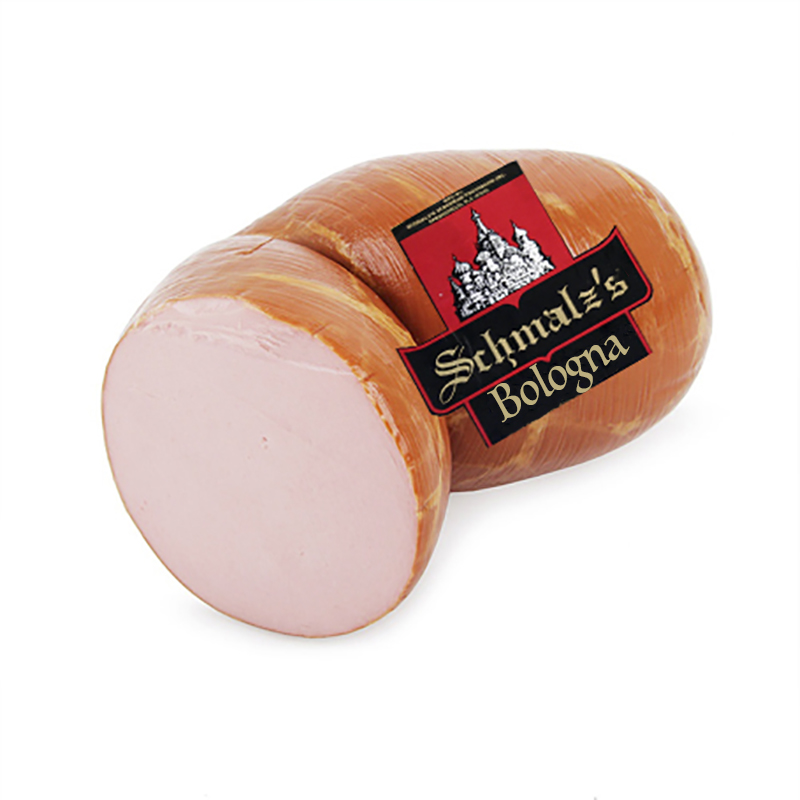 Ask a question about this product
Our price
$6.89 USD

An authentically European flavor of bologna made of pork meat and tasty spices.

This delicious cold cut is an ideal addition to sandwiches or cheese and crackers.
Bologna is a sausage derived from mortadella, a similar-looking, finely ground pork sausage may containing cubes of pork fat, originally from the Italian city of Bologna.
Typical seasoning for bologna includes black pepper, nutmeg, allspice, celery seed, and coriander, and like mortadella, myrtle berries give it its distinctive flavor.
U.S. government regulations require American bologna to be finely ground and without visible pieces of fat.
Aside from pork, bologna can be made out of chicken, turkey, beef, venison, a combination, or soy protein.