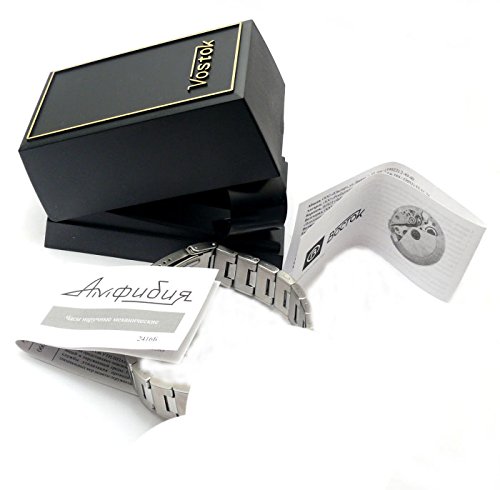 $75.00
only 1 in stock
Ask a question about this product
Our price
$75.00 USD
Qty
Notify me when this item is nearly out of stock

This impressive timepiece in stainless-steel case endured the depth of 200 meters - kind of a wrist submarine. Success of the professional watches determined the company's present philosophy - to create mechanical watches maintaining precise timekeeping at any temperature, in any environment, surviving heavy pressure and blows. The viability of the chosen strategy is now time-proven. A vast multitude of people both in Russia and abroad boasting "Vostok" watches and various international prizes awarded for high quality and commercial success testify to this. In 1996 Vostok started a partnership with US "Capital Trading" company aiming to create a new generation timepiece.