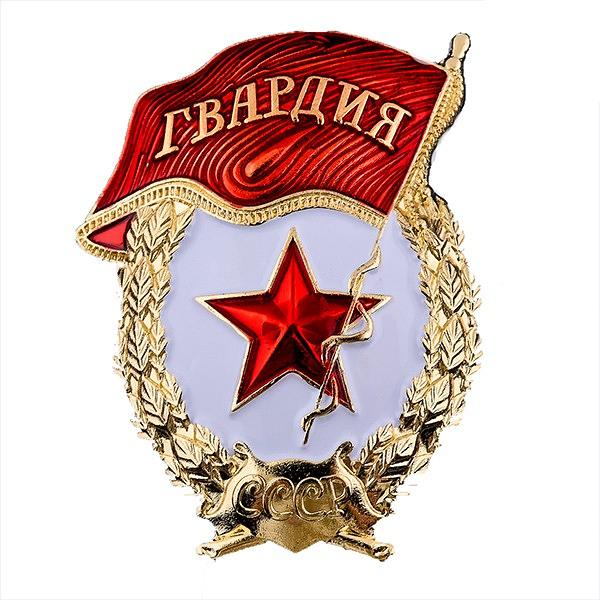 $1.99
Ask a question about this product
Our price
$1.99 USD
Qty
Notify me when this item is nearly out of stock

In September 1941, several divisions of the Soviet Army by the order of Commissar of defense of the USSR was awarded the title "guards" and soldiers of these units were honored with the badge "Guard". Artist S. Dmitriev, who was instructed to make a drawing of the future sign, took a lot of options, as a result staying on a concise and at the same time expressive project, which is a five-pointed star framed by a Laurel wreath in the shadow of the Red banner with the inscription "Guard".