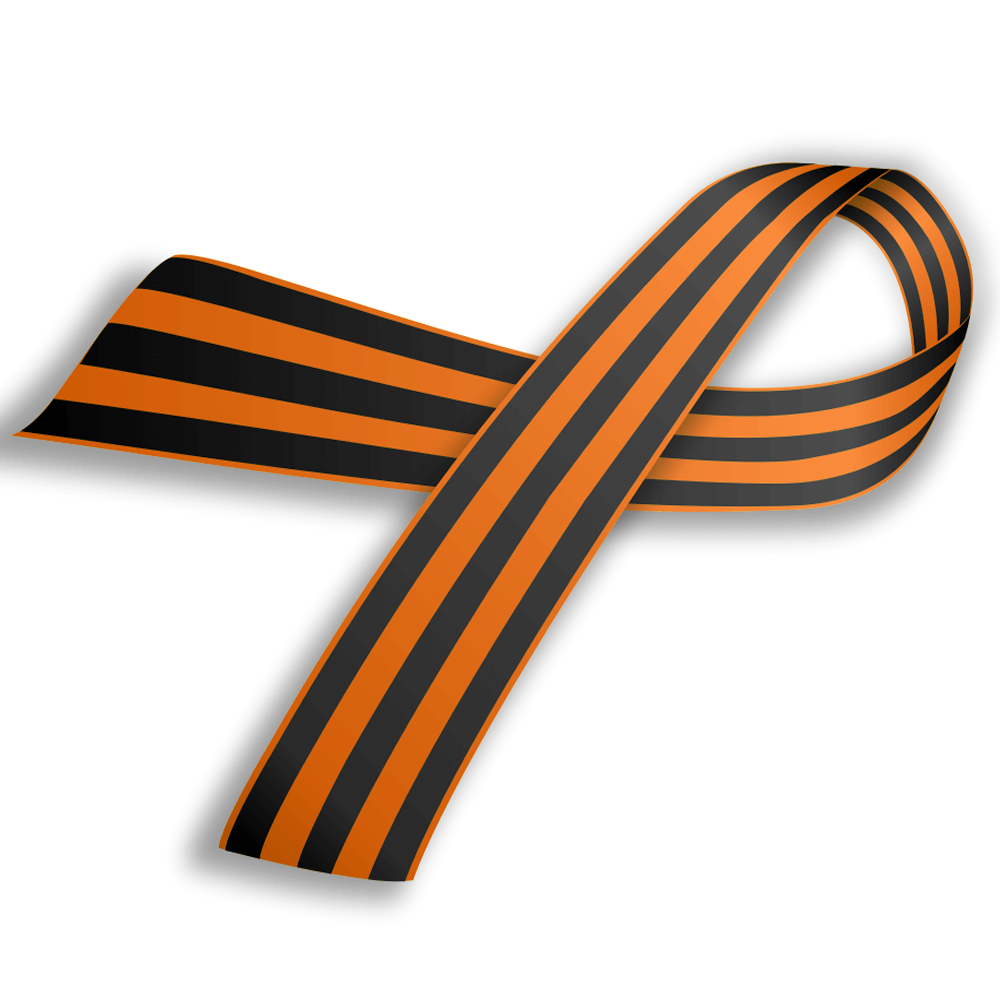 $1.59
Ask a question about this product
Our price
$1.59 USD
Qty
Notify me when this item is nearly out of stock

The ribbon of Saint George  is a Russian military symbol consisting of a black and orange bicolour pattern, with three black and two orange stripes. It appears as a component of many high military decorations awarded by the Russian Empire, the Soviet Union and the current Russian Federation.
In the early 21st century, the ribbon of Saint George has come to be used as an awareness ribbon for commemorating the veterans of the Eastern Front of the Second World War (known in post-Soviet countries as the Great Patriotic War). It is the primary symbol used associated with Victory Day (May 9). It enjoys wide popularity in Russia as a patriotic symbol, as well as a way to show public support to the Russian government, particularly since 2014.
Write a Review