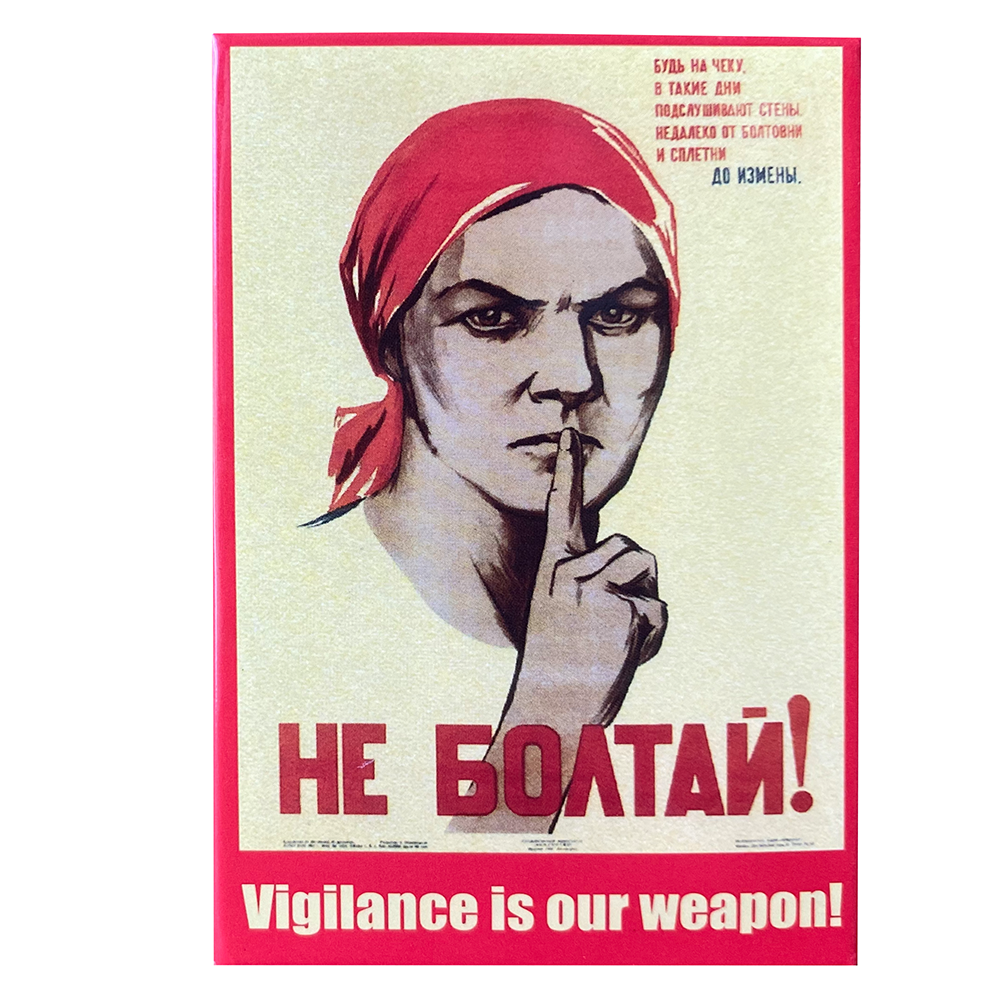 Brand: AKM souvenirs
1 reviews
$1.99
Ask a question about this product
Our price
$1.99 USD
Qty
Notify me when this item is nearly out of stock

Size 8cm * 5.5 cm
Weight 24.3 g
Text:
"Be on the alert!
On such days, the walls are eavesdropped on.
Not far from chatter and gossip to infidelity!"


Nina Nikolaevna Vatolina (1915-2002) became widely known in Russia and abroad thanks to her many years of work in the field of posters. "Don'T TALK!", created by Vatolina in 1941, became one of the masterpieces of Soviet graphics.
Nina Vatolina:
- " When and why this poster appeared.
It was a tragic time, and the poster was created to help you survive in the fight against a deadly enemy.
This is a very sincere work.
How it was created.
That summer I was going to write my diploma – I was graduating from the Art Institute, I was making great plans. But everything turned upside down...
Moscow was plunged into darkness in the evenings – blackout on the windows, every day we learned that the fighting was getting closer and closer to the capital.
One day my editor said: "We need to make a poster like this," and put her finger to her lips. "We need to talk less now."
My neighbor, whose two sons went to the front, posed for me. And the face I brought with the help of a mirror, so that the eyes and emotional expression-mine"