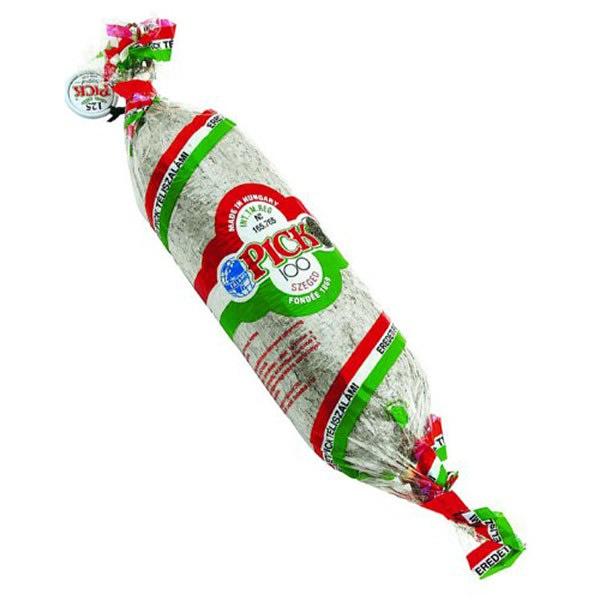 $24.99
Out of stock
Notify me when this item is back in stock

Ask a question about this product
Our price
$24.99 USD
Qty
Out of stock
Notify me when this item is back in stock

Hungarian Salami from Wintersalami is made with premium cuts of pork meat and seasoned with traditional Hungarian spices. Try it as an appetizer or on a lunch sandwich. The Story of Pick Salami Mark Pick founded his factory in 1869 in Szeged, which he developed and enlarged. He began to produce salami in a larger amount, with workers coming from Italy in 1883. He began salami making on a large-scale in 1885. After the death of the founder (1892) his widow and her brother led the factory. They transferred the salami factory to Felsõ Tisza-part. The always-cool Tisza-air assured favorable climatic circumstances for the maturing process