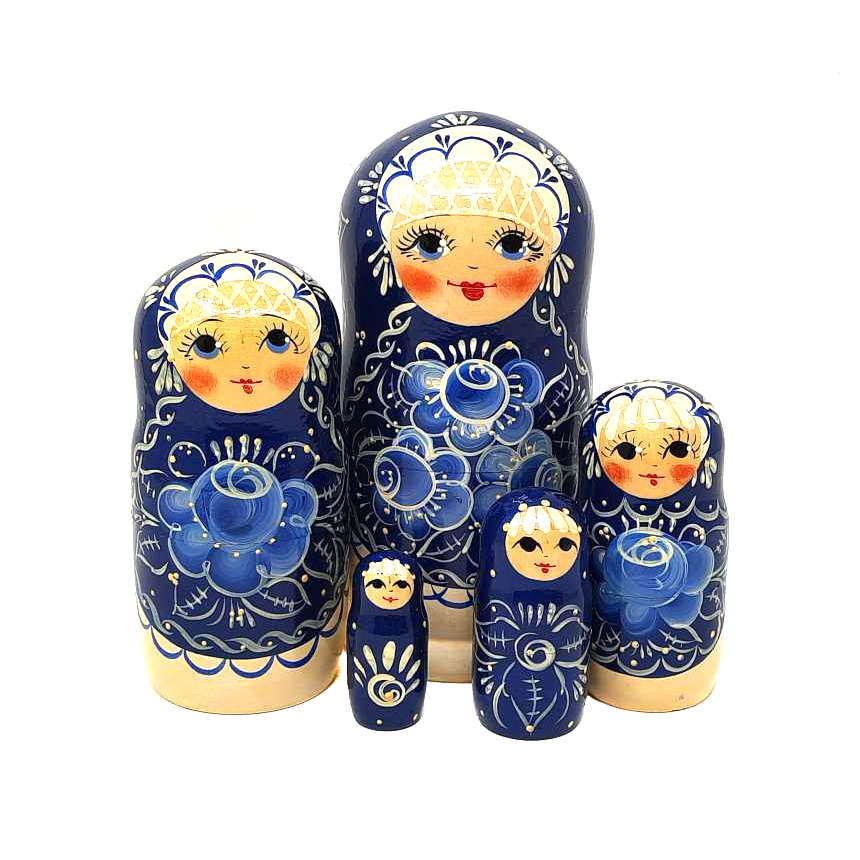 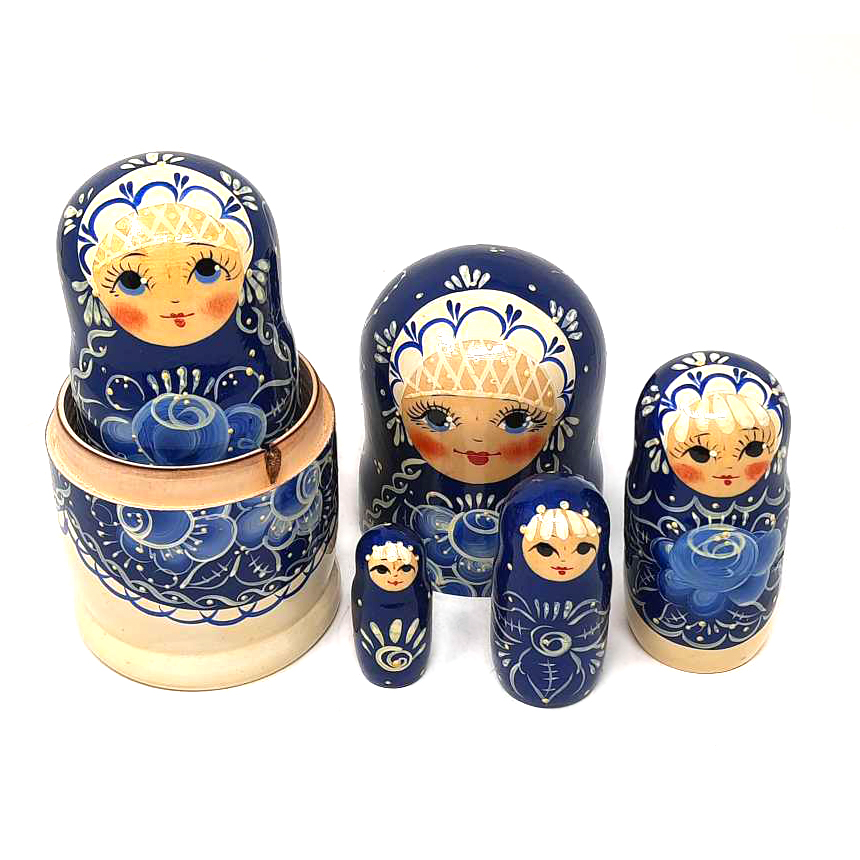 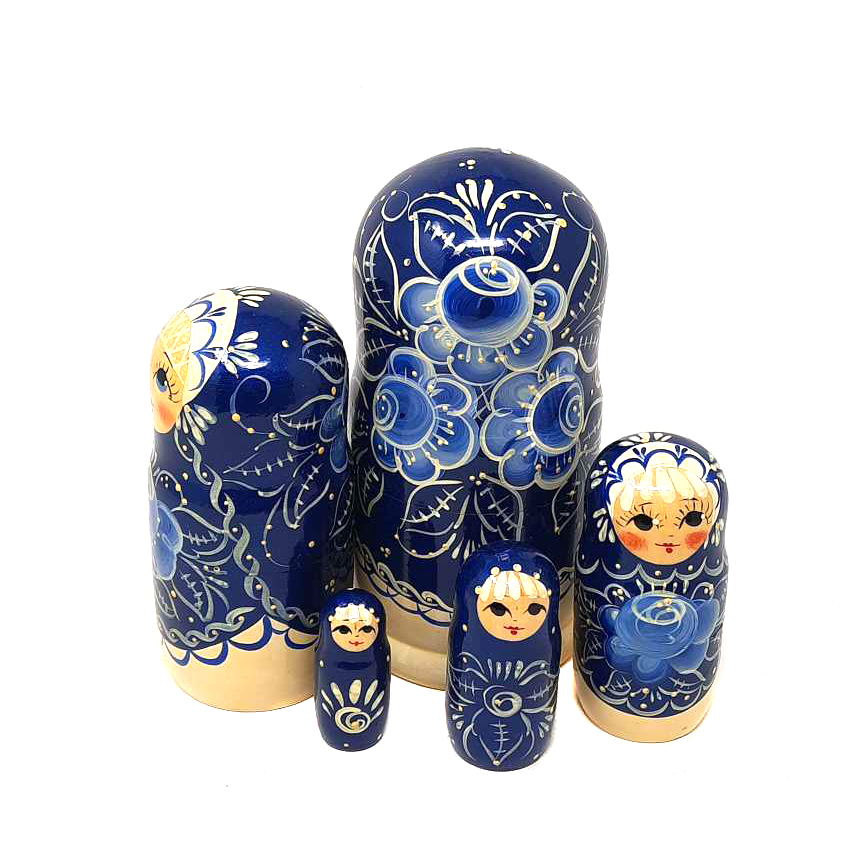 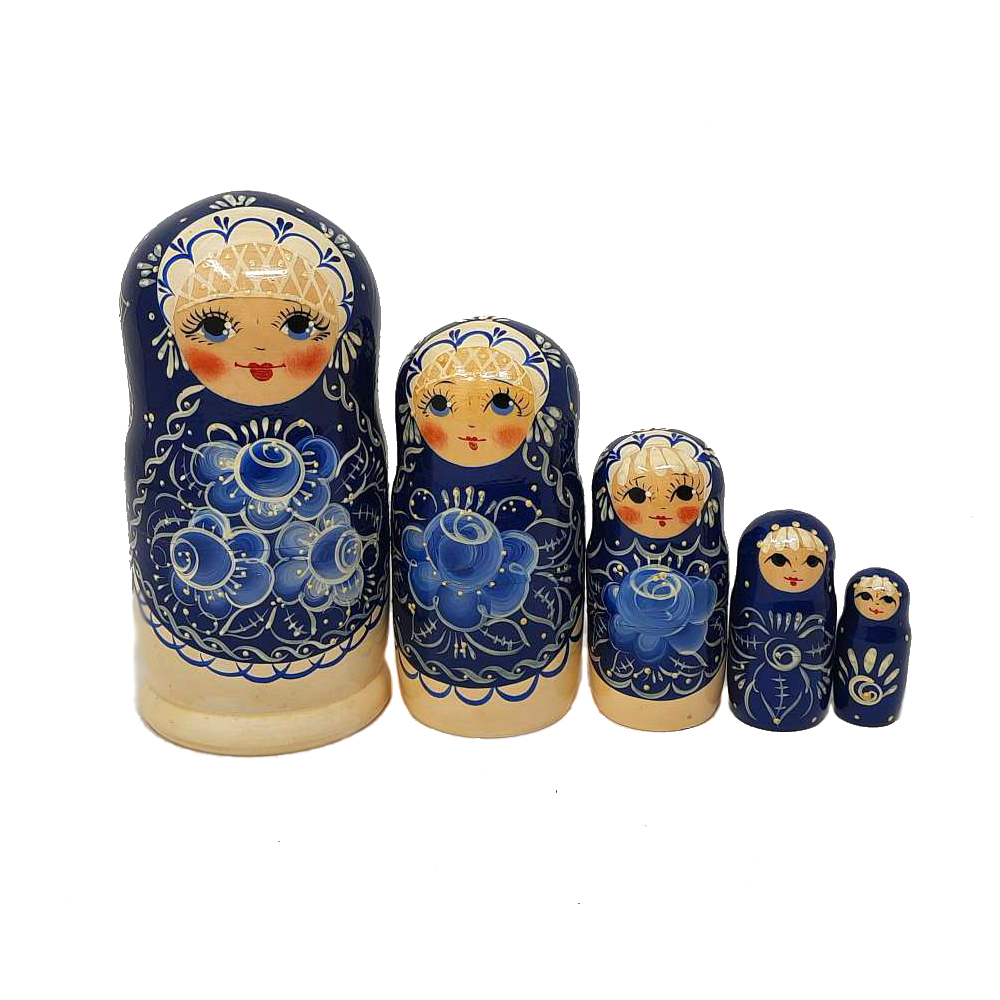 $25.99
Ask a question about this product
Our price
$25.99 USD
Qty
Notify me when this item is nearly out of stock

Often, dolls are given for weddings.
Which ones? Yes, any.
The presentation itself is important and what words will be spoken to the gift.
At the wedding celebration, you can present a large nesting doll, and put money and a congratulation (postcard) in it.
There is a belief that if you put a note with desire inside the matryoshka, it will certainly come true, and the more labor is put into the matryoshka, i.e. the more places in it and the better the painting of nested dolls, the faster the wish will come true.

Matryoshka is a small wooden painted doll, inside of which are several of its smaller copies.
The first prototype of the nesting doll was brought from Japan at the end of the 19th century and was the figures of the sage Fukurum inserted into each other.
Then they offered sketches for a wooden doll with the face of an ordinary peasant girl in an elegant sundress and a painted scarf. The name "nesting doll" comes from the most popular female name of Matren at that time.

Matryoshka is known all over the world.
Many peoples admire this toy, and all over the world the nesting doll has become a symbol of mysterious and incomprehensible Russia.
For us, a nesting doll is something from childhood memories. Our ancestors forgot the sacred essence of this toy.
It turns out that this figure is not just a toy, but a sacred object, whose original purpose was forgotten by masters who for many generations kept intact the secrets of its production.

The silhouette and painting style of the nesting dolls in Sergiev Posad changed over time. In the period from 1900 to 1910 a series of nesting dolls appeared depicting Old Russian knights and boyars .
Literary works of Russian classics - Pushkin, Ershov and many others were also used as plots.
Of all the variety of themes and subjects of the mural, the most developed were household ones, since they reflected the holidays and everyday life of each master, therefore they were publicly accessible and loved by customers.

Matryoshka is a Russian wooden toy in the form of a painted doll, inside which there are smaller dolls similar to it. The number of nested dolls is usually three or more.
Usually, they have the shape of an egg with a flat bottom and consist of two parts: the upper and lower. According to tradition, a woman is drawn in a red dress and scarf.
Now the matryoshka is a world-famous traditional souvenir from Russia.
Therefore, at the beginning of the 20th century, the mass export of nesting dolls abroad began. Then there were nesting dolls with different images: not only with the images of girls but also young men, old people, the bride, and the groom.


A little later, artists began to depict fairy tale characters or even their plots on nested dolls. In 1900, the nesting doll was presented at the World Exhibition in Paris, where it received a worldwide vocation. Several Matryoshka museums operate throughout Russia, where you can get acquainted with its history and methods of its manufacture. After the selection of wood, it's processing and drying, figures are cut, starting from the smallest. After they are varnished and start painting.