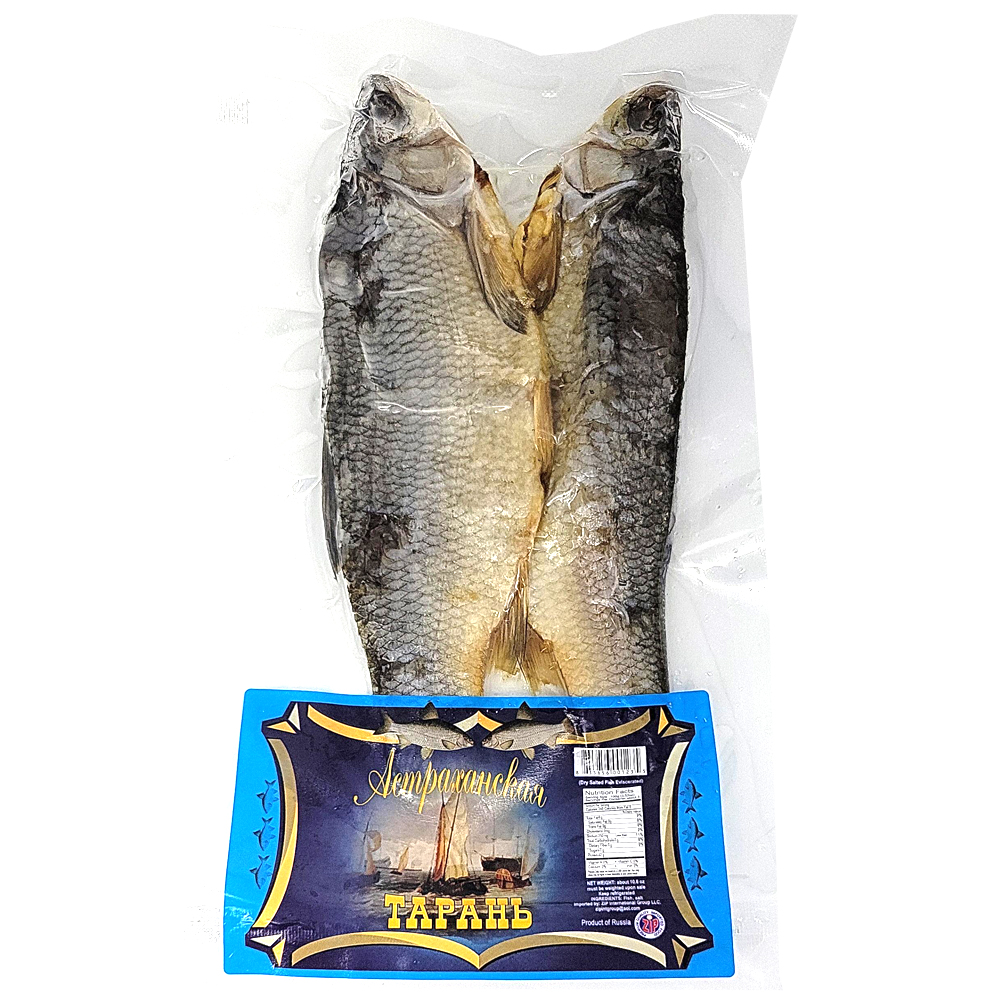 Rutilus heckelii is a species of roach, a genus in the family Cyprinidae.
This species occurs in the Black Sea and Caspian Sea basins, the Azov Sea itself, and even in drainage areas of the White Sea.
In Russia, other countries of the former Soviet Union and parts of Eastern Europe, this and related species of roach are commonly air-dried and salted to create a popular beer snack, known as 'taran' or 'taranka', after the Russian word for this fish species.
Great beer snack.
Write a Review